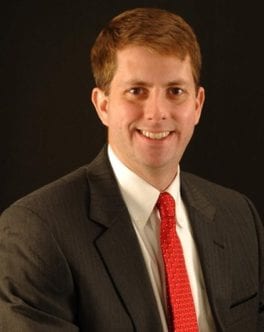 Gary Justice is Manager of Regional Commercial Banking for Amegy Bank.  The group targets C&I banking opportunities with companies ranging from $10MM to $500MM in revenue.

Justice joined Amegy Bank in April of 2003, and is a graduate of the Bank’s Officer Development Program.  After the training program, he joined the Southwest Commercial Lending team and focused efforts on growing the C&I portfolio in the region.  He served as a Relationship Manager, Team Lead, and most recently Commercial Lending Manager for the Southwest Region.  In the Fall of 2016, he assumed the role of Regional Commercial Manager which includes management of commercial lending teams covering Southwest, Northwest, and North Houston.

Justice is a native Houstonian and graduated from Kinkaid.  He attended Washington & Lee University in Virginia where he received a bachelor’s degree in Business Administration & Accounting.

He served as Amegy Bank’s United Way Co-Chair in 2016, and was Chair for the 2017 campaign which was recently concluded.  He has also served as a Board Member of Fort Bend County Municipal Utility District No. 138 since 2007, and is currently a Board Member/ Treasurer for First Colony Little League.  He is also an active volunteer in the children’s ministry at Sugar Creek Baptist Church in Sugar Land, TX.  His favorite activity is spending time with his family, wife Marcie, and  5 children: Conner (11), Dylan (9), Tyler (7), Hannah (5), and Hudson (5).