Tilman J. Fertitta, Chairman of the Board 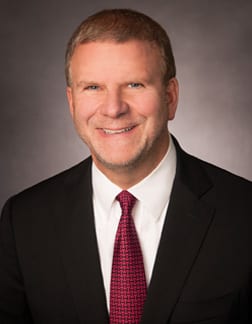 Tilman J. Fertitta, a Houston native, is an accomplished businessman and recognized as a world leader in the dining, hospitality, entertainment and gaming industries and is often referred to as “the world’s richest restaurateur.” Fertitta is the sole owner of Fertitta Entertainment which owns the restaurant giant Landry’s, the Golden Nugget Casinos and Hotels and the NBA’s Houston Rockets.

Through his restaurant and hospitality company Landry’s, Fertitta owns more than 600 properties in 36 states and in over 15 countries.  He is also one of the largest employers in the nation with more than 60,000 employees. His restaurants include a signature collection of eateries, as well as more than 60 different restaurant brands and award-winning concepts. The Signature Group includes some of the world’s premier fine dining concepts, such as Mastro’s Steakhouse and Ocean Club, Morton’s The Steakhouse, The Oceanaire, Vic & Anthony’s, Brenner’s Steakhouse, Grotto, Atlantic Grill, La Griglia and Willie G’s, while the multi-unit restaurant brands include such well-known favorites as Chart House, Landry’s Seafood House, Rainforest Cafe, Saltgrass Steak House, Bubba Gump Shrimp Company, Mitchell’s Fish Market, Dos Caminos, Bill’s Bar & Burger, Joe’s Crab Shack and McCormick & Schmick’s. Additionally, Fertitta owns 50% of Catch Hospitality – one of Los Angeles’ and New York’s most popular eateries, and is one of the principal shareholders in the fast-growing restaurant platform for online ordering and secondary on-demand food delivery, Waitr.

He also owns and operates numerous gaming, hospitality and entertainment venues, including the iconic Golden Nugget Casino and Hotel brand, with 5 locations throughout the United States, including Las Vegas and Laughlin, Nevada; Atlantic City, New Jersey; Biloxi, Mississippi and Lake Charles, Louisiana. Fertitta also launched into the online internet gaming world in the state of New Jersey with GoldenNuggetCasino.com and has been recognized as the top iGaming operator in the country, receiving the top iGaming operator of the year award in 2016, 2017 and 2018.  In the Houston/Galveston area, he owns the award-winning San Luis Resort, The Westin Houston Downtown and several other award-winning regional hotels. In March 2018, Fertitta opened the much anticipated Post Oak Hotel, the newest ultra-modern, luxury destination located in Uptown Houston. His entertainment destinations include the Galveston Island Historic Pleasure Pier, The Kemah Boardwalk, Downtown Aquarium Denver and Houston and Tower of The Americas in San Antonio which are all featured on the Forbes, Travel Channel and USA Today’s top five lists of attractions.

In October 2017, Fertitta purchased the NBA’s Houston Rockets for a record $2.2 Billion and is the sole owner of the team.  During the first year as an NBA owner, the Houston Rockets advanced to the Western Conference Finals, set a record for the Most Wins in Franchise History.

An influential business figure, Fertitta stared in his own reality TV show on CNBC called Billion Dollar Buyer.  Fertitta first debuted on the Forbes 400 list in 2012 and is frequently featured in the nation’s top financial and industry publications. He is also a frequent guest of prominent national business and sports programs on networks like CNBC, MSNBC, Bloomberg, ESPN, and Fox. He is considered one of the foremost authorities in the restaurant, gaming, entertainment, and hospitality industries and is slated to release his first business book “Shut up and Listen” with HarperCollins Publishers in fall of 2019.

Fertitta’s many personal honors include – Entrepreneur of the Year Award from Ernst & Young and induction into the Texas Business Hall of Fame as the second youngest inductee. In 2012, he was named Amusement Today’s Person of the Year, and in 2013, he was named Casino Journal’s Executive of the Year and is one of Restaurant News’ top executive almost yearly.  In honor of his contributions to the travel and tourism industry in Texas, Fertitta was the recipient of the Texas Travel Industry Association’s Heritage Award in 2016.  In 2018, Fertitta was named Restaurateur of the Year by the Greater Houston Restaurant Association and named Executive of the Year by the Houston Sports Authority.

Fertitta believes in the importance of giving back to the community and devotes a substantial amount of time to civic service and charitable organizations. He currently serves as Chairman of the Board – Houston Police Foundation, Chairman of the Board – Houston Children’s Charity and is currently serving his sixth year as Chairman of the Board of Regents – University of Houston.  In 2016, Fertitta contributed $20 million dollars to fund the University of Houston Basketball team’s arena to be named “the Fertitta Center,” which opened in December 2018. He is on the Executive Committee of the Houston Livestock Show and Rodeo, which is one of the nation’s largest charitable organizations. Additionally, Fertitta serves on the boards of the Texas Heart Institute and Greater Houston Partnership.  He and his wife Paige live in Houston with their four children, Michael, Patrick, Blayne, and Blake.